We are happy to announce the teachers for Shag Ahoi! 2020: 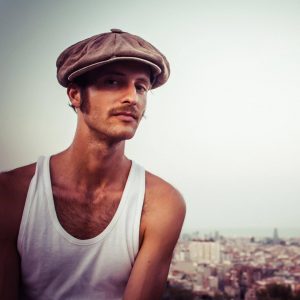 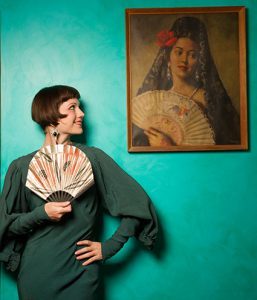 Aila is a highly trained dancer and performer, with deep experience in a huge variety of dance forms. As choreographer and director of internationally renowned flapper troupe ‚The Bee’s Knees‘, she has performed at events all over the world including the Venice carnival. Aila also leads London’s Shag performance group ‘The Shag Pilots’, who can be seen shaking their stuff on youtube.

Balta Balthazar got hooked on Shag after his first lesson with Steve & Chanzie back in the day. Since then he has been inspired to share his love for the dance by attending and teaching at Shag workshops, both locally and internationally (in Chile, France, Switzerland, Denmark, Spain…), and even organised the “Little St Louis” festival in Barcelona. An avid music lover and record collector he is part of the Rythm & Soul collective with Patrick O’Brien, a collective especially active during the BCN Shag festival. (Remember them limbo competitions?) Balthazar also blows some Shag spirit into Barcelona through the Barcelona Shag Society he created together with Sandy, Marti, Adria, Barbara and Masha in 2015. He even got his own basic named after him. Make sure to ask him what the “Balta basic” is!

Heiko and Larissa are the founders of the Basel Jitterbugs.Together they teach weekly classes and workshops in Lindy Hop, Balboa and Collegiate Shag. They love to combine all of these dances based on the tempo and energy of the music and inspired by original swing dancers from LA. Their Collegiate Shag can be described as smooth and elegant, combined with crazy happiness. 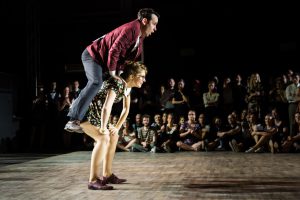 They love to play around with different styles and energy levels of Shag. Their teaching is designed with clear structure and a focus on solid technique. They are always seeking for a good and fun class atmosphere where everybody can find motivating challenges. Besides teaching and social dancing they love to show off in competitions and to spread their passion for swing dancing in shows. Recently they placed in several finals, for example 1st at the RTSF Shag Battle in 2016, 2nd in 2017 and 2nd at the Warsaw Shag Festival Strictly 2017.

In 2011 Marta and Rafał started their swing dancing adventure in SWINGOUT.PL studio in WARSAW.
At the beginning they danced Lindy Hop only but when Collegiate Shag arrived to Poland, where they come from, they fell in love with it for good. Since 2014 they take part in the biggest Collegiate Shag festivals in Europe and they learn from the best.
They performed for the first time with a group called Warsaw Shag Team at Warsaw Collegiate Shag Festival 2015. As a group they keep performing during various dance festivals and other events. 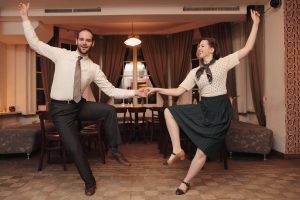 During the dance they focus on technical aspects of dancing, connection between the dancers and musicality. Marta and Rafał put the emphasis on the basics of the dance – they treat it as a tool for clear communication between partners and a way to create something fresh and inspiring. They both state the dance should not only look great but it should also be pleasant for the dancers. They are always willing to share their knowledge and experience.
So far they were teaching Collegiate Shag in Poland, Italy, Spain, Netherlands and Germany.

Frances “Fancy” Dougherty Hailing from Los Angeles, California, Fancy fell in love with Jazz, Lindy Hop and Shag in 2008. She’s been hooked ever since, devoting herself to the technical mastery of historical dances and her own unique style. She has appeared in music videos, and been on numerous television shows for the US, Mexico and France. 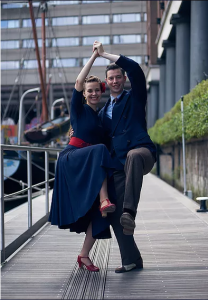 She currently lives in Paris, where she teaches swing locally with partner Alex Dreyer. Fancy holds titles in Fast Lindy and Shag. She was nominated for the California Swing Dance Hall of Fame in 2014 and is the four-time Shag champion (2010, 2011, 2012 and 2014) of the National Jitterbug Championships with Shag partner Steve Sayer.

Patrick O’Brien has been dancing since 2011 and has been actively involved in driving the Shag revival in Europe, teaching weekly classes, international workshops and performing and was also part of the Euro Shag team. He can be seen shagging up a storm on London’s and Europe’s dance floors. Patrick’s teaching style is characterised by breaking down moves to the core and then building them up step-by-step so you can conquer even the hardest sequence.  Focussing on a strong follow-lead connection he aims to create a relationship between the partners and express individual styles and characters of each dancer. Mostly inspired by the old-timers and the old-school scene in Los Angeles, his style is smooth and elegant. He loves coming up with new moves and giving them names such as the ‘Cinderella turn’ or ‘Tumble dryer’.

Sofie Skaneby became an avid swing dancer in 2011, having discovered Lindy Hop the previous year. In 2013, she happened upon a class in Collegiate Shag, and she was immediately hooked. Though there was nobody else dancing Shag in her hometown of Malmö, Sweden, she persisted. The next time the class happened, she brought a friend. And she herself took the class as a lead. Since that time, the region has seen the popularity of Shag steadily grow, in part due to the efforts of Sofie and her friends. In recent years, she and her friends have been traveling to attend many of the European Collegiate Shag festivals. And in 2016, she started teaching Shag classes in Malmö. Sofie can dance as both a lead and a follow, and she also regularly holds dance classes for Lindy Hop and Solo Jazz. 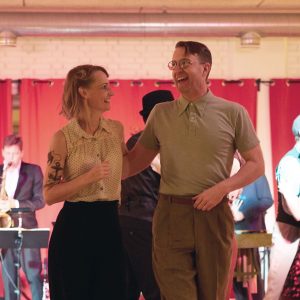 As an instructor, she especially enjoys helping followers hone their skills. Regardless of which role or dance she’s teaching, Sofie believes in the importance of good fundamental technique. Once a solid foundation is established, dancers can maximize their creative possibilities, even when they don’t know many moves. She also recognizes the significance of keeping dance fun. Laughing and having a good time with one’s dance partner are part of the spirit of swing.

Ryan Martin’s love of jazz music initially inspired him to start swing dancing in 1996. Since that time, the music and dance of the swing era have become the primary preoccupations in his life. He has been dancing and teaching various swing dances off-and-on for the last twenty plus years. And in the last ten years he has expanded his involvement by studying the history of these dances. Ryan has travelled around the country collecting interviews with dancers from the original swing era, and he completed a feature-length documentary, called “The Rebirth of Shag”, that focuses on one swing dance in particular, the Collegiate Shag. He was one of the original co-founders of the Hot Rhythm Foundation, a non-profit organization that seeks to promote and sustain the jazz music and dance forms that originated in the early part of the twentieth century. For eight years Ryan was involved with running that organization and its main event, Hot Rhythm Holiday. Today Ryan travels to teach and compete in Collegiate Shag, both domestically and abroad. He currently holds regular dance classes in Dallas as well as other major cities in Texas.

We use cookies to ensure that we give you the best experience on our website. If you continue to use this site we will assume that you are happy with it.Ok